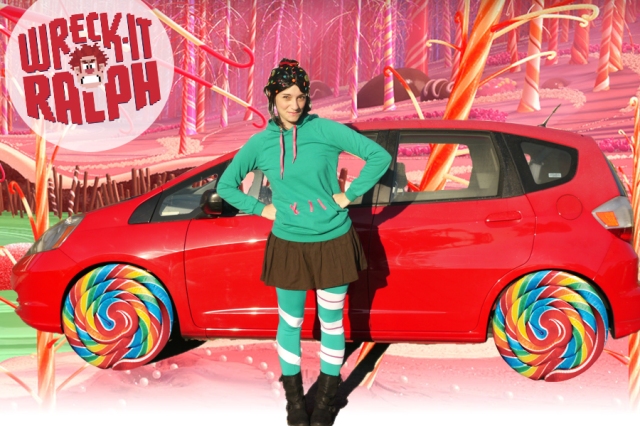 In case you’ve been living under a rock, Vanellope is the adorable, spunky little girl (voiced by Sarah Silverman) from the movie Wreck-It Ralph, who plays opposite Ralph himself (voiced by John C. Reilly).  She’s got sass, a dash of sarcasm and a whole lot of heart, and all she wants to do is prove herself as a race car driver in the game where she lives, Sugar Rush. 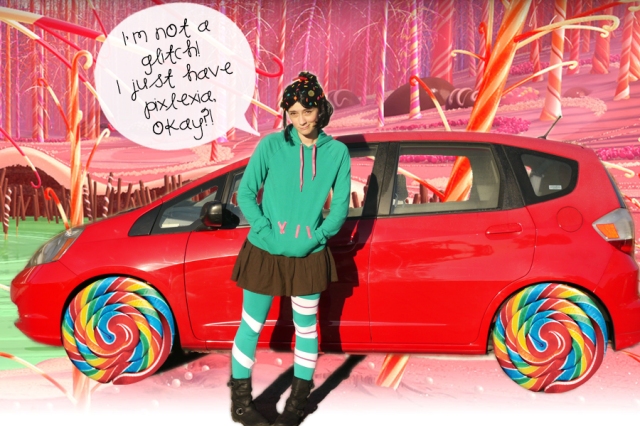 I am heading to another comic book convention on Satuday (Comikaze, here I come, woo hoo!), so I decided to create a costume that would be able to do double duty (Vanellope: “Hee hee, you said doodie!”) as a fun cosplay for the convention, and something that I could easily thrift for today’s Halloween-themed Thrift Style Thursday.  Of course, I also plan on wearing this costume tomorrow night when I take my favorite four-year-old trick-or-treating! 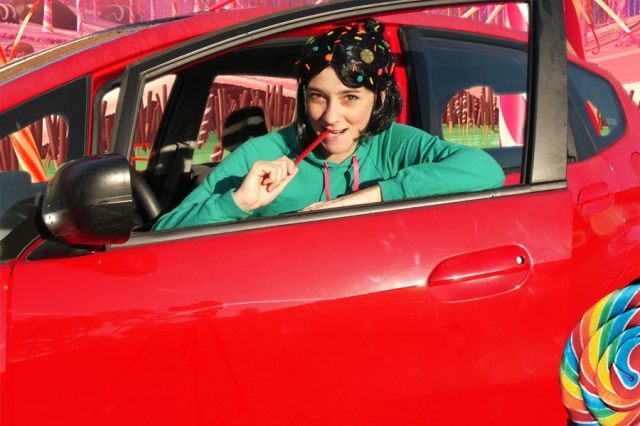 This costume was pretty simple to pull off.  I was able to find the sweatshirt and the skirt at the thrift shop, and with some quick alterations, they were perfect for Vanellope’s outfit.  The skirt was originally a long midi skirt, but I hemmed it to the short, peanut-butter-cup-wrapper style skirt like Vanellope’s, and then added the pink decorations to the sweatshirt.  For the leggings, I bought one teal pair and one white pair (for only $2 apiece at a cheap retailer!) and sewed them together to create the candy-like stripes, and then hand-painted the purple stripes on the left leg.  The wig was an old one that was lying around, so I made candy and sprinkles out of play-dough and glued those on.  The boots I already had in my closet and – voila! – Vanellope Von Schweetz! 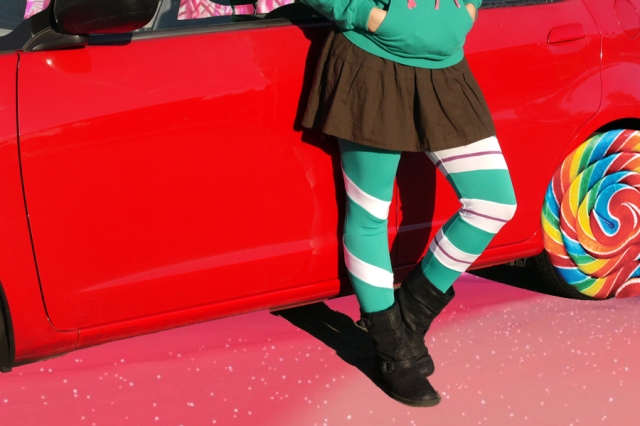 As always, thanks for reading!  Love & candy, Kristi :) 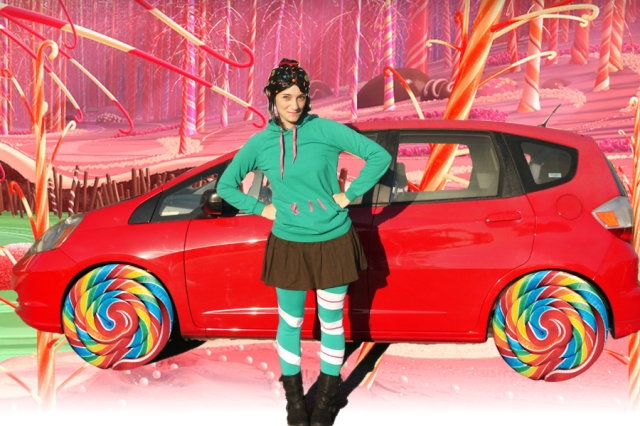 A Walk in the Park

No images found!
Try some other hashtag or username